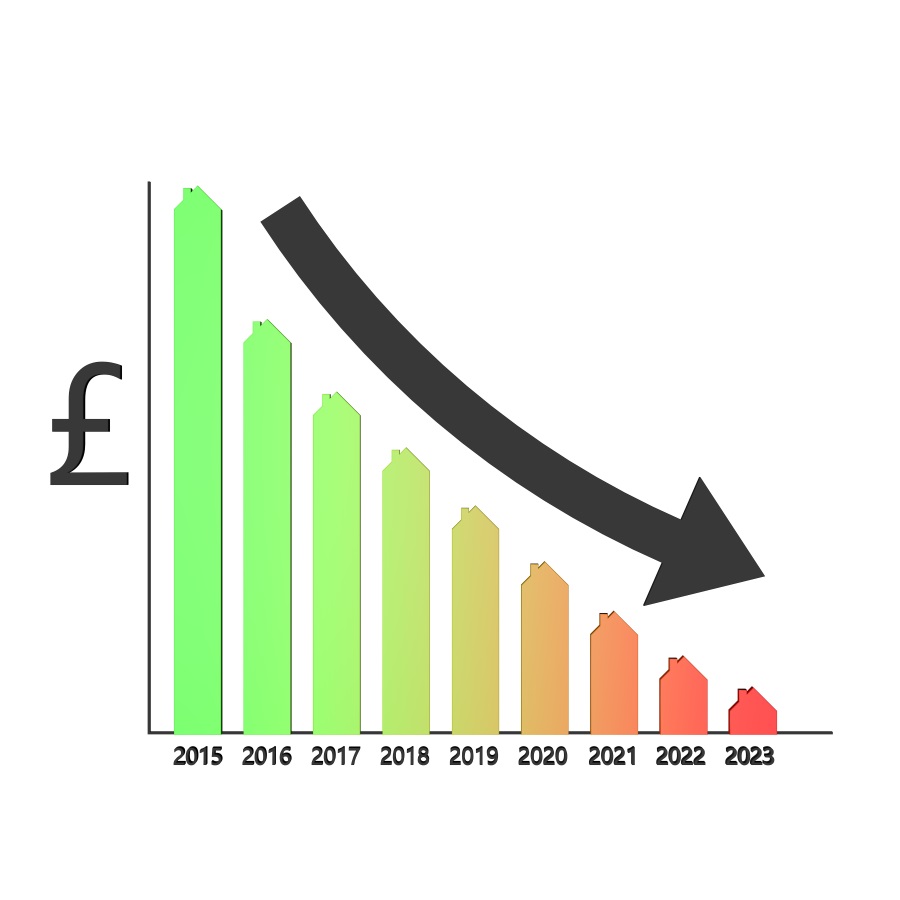 British house prices fell in February for the first time since September 2014 when house prices dipped by 0.1%. “February saw a further softening in annual house price growth to 5.7%, from 6.8% in January. This is the sixth month in a row in which annual growth has moderated, with house prices declining by 0.1% month on month.” says Robert Gardner, Nationwide’s chief economist. With the housing market slowing since summer 2014, when regulators tightened mortgage lending rules (MMR), the average house price sits at £187,964. “Home ownership is now at its lowest rate for almost thirty years and is eight percentage points below the all-time high of 70.9% in 2003” explains Mr Gardner. Consequently, there has been an increase in the private rental sector with over 4.4 million properties, which are now privately rented. This has nearly doubled over the last decade and represents 19% of total households. The buy-to-let market is still getting stronger. 2015 could see more positive activity for existing and new landlords. Buy-to-let rates start from 1.99% up to 60% loan to value. If you are interested in a buy-to-let mortgage or have any other mortgage enquiry, please call us on 0207 519 4900.

This website uses cookies to improve your experience while you navigate through the website. Out of these, the cookies that are categorized as necessary are stored on your browser as they are essential for the working of basic functionalities of the website. We also use third-party cookies that help us analyze and understand how you use this website. These cookies will be stored in your browser only with your consent. You also have the option to opt-out of these cookies. But opting out of some of these cookies may affect your browsing experience.
Necessary Always Enabled

Any cookies that may not be particularly necessary for the website to function and is used specifically to collect user personal data via analytics, ads, other embedded contents are termed as non-necessary cookies. It is mandatory to procure user consent prior to running these cookies on your website.